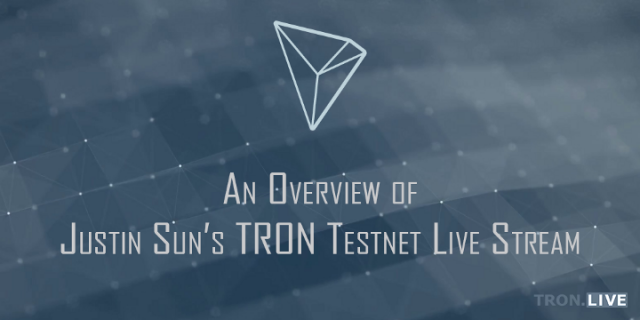 TRON testnet was officially launched on March 31, 2018 and TRON made two live streams on the day explaining the technical details of the testnet. In this article, TronLive have compiled the information and made an overview of the first live stream where Justin Sun brief of on the current status of TRON and introduced the testnet to the audience. 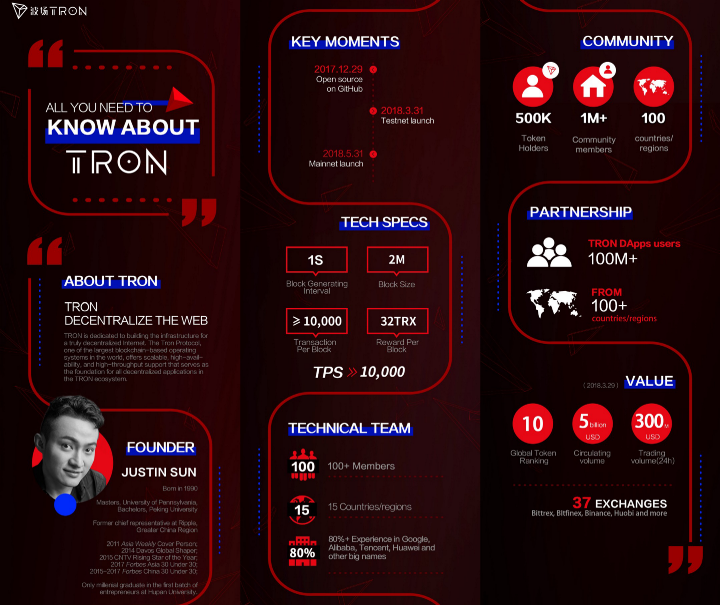 TRON team has increased to 100 people; most of them from Alibaba, Tencent, Amazon; all giant internet companies and they are moving from centralized companies to company that supports decentralization.

For the past three months’ development, TRON already have half a million token holders and millions of supporters. TRON is one of the cryptocurrency with the largest crypto communities in the world. 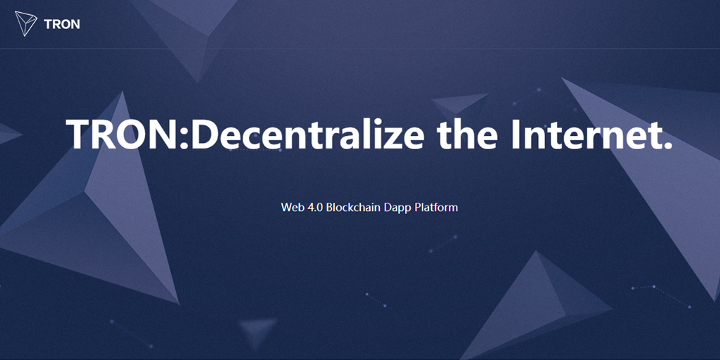 Justin talked about the recent #deletefacebook campaign and mentioned that Facebook, Google, Amazon, Netflix are all giant companies that control and own user’s data, and can manipulate users into getting the results they want. This is not how the internet used to be and we should give the data back to user’s own control.

TRON wants to become blockchain decentralized app (dAapp) platform with the largest user base in the world. Tron network will offer scalability, high availability and high throughput support for all the decentralized applications in the network to achieve that.

In the future, TRON will compete with Ethereum as a dApp platform. They have the confidence to build a much larger ecosystem than Ethereum.

Why TRON can surpass Ethereum in the future

Justin is very grateful for Ethereum for supporting TRON for the last six months and they benefited a lot from Ethereum. So, TRON will launch an airdrop for Ethereum users in the coming quarter (The specific airdrop details and exchange are not confirmed).

For the next quarter, majority of TRON’s job is to migrate from the Ethereum platform to the TRON’s own network. TRON will also have the current dApps migrate from Etheruem to the Tron network. TRON already have 100 million users on their dApps (Peiwo, Obike, Uplive, Game.com, Kitty live, Bit Guild, Trip.io, and Mico), and they will migrate all the dApps to their own network.

Six reasons why TRON will be better than Ethereum

Justin stressed on six points that why he thinks TRON is better compared to Ethereum. 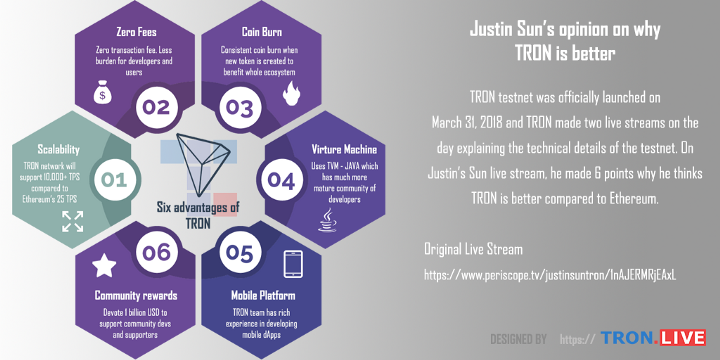 TRON has 10 million mobile users, Ethereum doesn’t have experience in developing such user based platform

Justin also gave some hints on some technical details of the testnet. The topic is further covered in TRON technical team’s live stream.

TRON will also have elections for the nodes in the TRON protocol.

That’s all for the overview of the March 31 TRON testnet live stream. If you like our work, make sure to support us by following our Twitter and newly created YouTube channel. Thanks!

An interview with TRONSR – Don Giatti